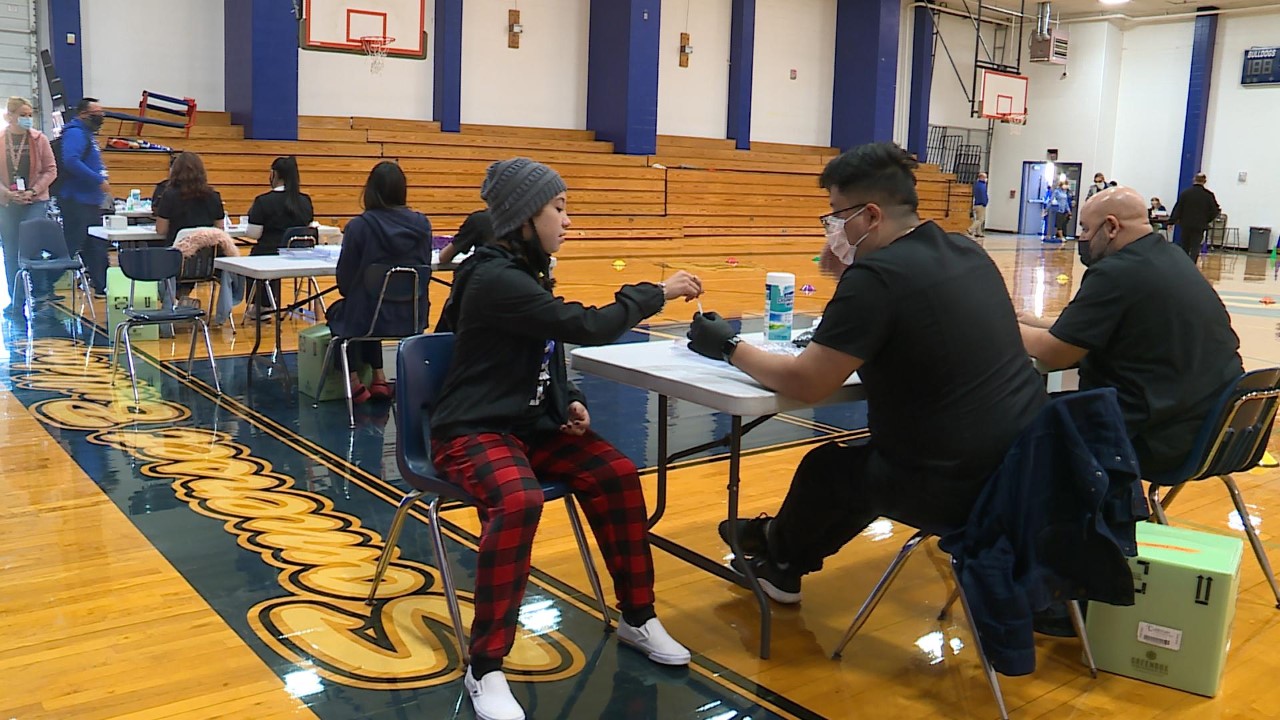 SAN ANTONIO, Texas (KXAN) — It’s Monday morning at Somerset High School — an institution that looks like many other Texas public schools. Starting at 8 a.m., the in-person students at SHS trickle into the gym wearing letter jackets, gym clothes and backpacks and gather in socially-distanced rows marked by tape on the gym’s wood floor.

Students at Somerset High School are among the first in the nation to be tested proactively every week for COVID-19 using a new approach called assurance testing. In a year when the words “testing” and “positivity rates” have faded into the background hum of our collective anxiety, another story about COVID-19 could easily seem unremarkable.

But, assurance testing is different — an entirely new way of looking at how and who we test to fight the spread of the virus. It’s helping thousands of people begin a return to normalcy in San Antonio, and it could be key in helping people across Texas stop the spread of the virus in their communities before it ever starts.

Micropopulations
Creating not just a new type of test but also engineering a new way to use testing to fight the virus required the ingenuity of an unlikely group of people — a banker, a lawyer, a tech company founder and a team led by a pathologist at San Antonio’s Blood and Tissue Lab.

But, before digging into how assurance testing was created, it’s important to understand how it works. The idea hinges on the concept of micropopulations. These are the people in schools, offices or even entire neighborhoods that commit to frequent, regular testing to create what are known as COVID Safety Zones.

In an assurance testing scenario, silent spreaders are quickly identified because everyone is tested at frequent intervals — once or twice a week depending on the group. That means that people who are asymptomatic but test positive are identified early and can self-isolate before they start spreading the virus.

A growing body of research from the U.S. and abroad shows silent spreaders are responsible for a significant percentage of people who spread the virus to others. A study conducted at Massachusetts General Hospital and published in the Journal of Pediatrics found that children may be even more likely to spread the virus without ever showing symptoms.

“Probably 50% comes from the silent spreaders,” says Dr. Rachel Beddard at the South Texas Blood and Tissue Center. “These are people that have no idea that they have the virus. They’re not isolating themselves. They’re going about their regular business.”

Community Labs is born
It was a silent spreader who inspired the creation of the lab that brought widespread assurance testing to San Antonio.

Graham Weston became seriously ill with COVID-19 after contracting the virus from his son who was asymptomatic. Weston, former CEO of Rack Space and founder of the nonprofit 80/20 Foundation, said his illness inspired him to research better ways to prevent the spread of the virus. That search led him to the Broad Institute of MIT and Harvard, a leading research institute in genomics, where scientists were using an early form of assurance testing to make sure their employees weren’t spreading the virus at work.

Weston took this idea to two other big players in San Antonio philanthropy — Bruce Bugg of The Tobin Endowment and Tullos Wells at the Kronkosky Charitable Foundation — and the three decided to create a non-profit public-private partnership to build a lab and bring assurance testing to San Antonio.

“We have no interest in trying to make money off of this,” Bugg said. “We do believe this is a terrible pandemic. We want to do what we can to stem that tide.”

Dr. Rachel Beddard leads Community Labs where she and her team process 12,000 COVID-19 tests a day. (KXAN Photo/Laney Valian)
To help, Bugg and his partners connected with Dr. Beddard and her team at the South Texas Blood and Tissue Center. The group didn’t have experience with COVID-19 testing, but they were experts in other types of medical testing. Their lab runs more 60 million tests a year.

Using that experience, Beddard and her team expanded on the Broad Institute’s research and created a COVID-19 test that was inexpensive and highly sensitive. The test is also less invasive — a shallow nasal swab for five seconds in each nostril.

“We took pieces from various types of companies and platforms, pieced it together and made it so that it was not this one big kit that we were paying a huge amount of money for,” Dr. Beddard said. “This is the PCR test — the gold standard. So some PCR tests test only look for one region of genetic code, and some look for two. We look for three.”

Providing relief
A highly accurate, non-invasive test at a low price is what makes it possible for Community Labs to provide free testing to entire groups like the students and staff at Somerset High School.

Terry White is a history teacher at SHS. His wife has an autoimmune disease and, for his family, the risks of COVID-19 are always on their minds.

“Until we started doing this for about the first month of school, it was a daily scare,” White said.

When the district started assurance testing, White’s son, a freshman, returned to school in person, and White said he finally felt comfortable being at work.

“I can’t even begin to describe the relief it was for our whole family,” White said.

A blueprint for other communities
Using funding from private donors, grants and federal money from the CARES Act, Community Labs is now able to provide 12,000 tests a day for schools and businesses around San Antonio.

Bugg, who serves on Gov.Greg Abbot’s Strike Force to Open Texas, says he and his team hope to hand over what they’ve learned to bring assurance testing to as many Texans as possible.

“We’re a non-profit. Our ultimate goal is not to build a laboratory testing empire,” Bugg said. “I have been real frank with Governor Abbott and told him our goal is to basically give the laboratory to the state of Texas and let them take it on and continue to build it.”

MORE SOLUTIONS: Why virtual learning is better for some students than others
Dr. Beddard says all of their work at the lab is open-architecture. They’re always working to overcome supply chain limitations and the slow nature of manual testing. She hopes that being transparent with their research and best practices can help other communities take the first step in a path toward return to normalcy.

“On a global perspective, we’re taking everything that we’re doing here, and we’re providing it as a blueprint to any other city that wants to do this,” Beddard said.

Of the 70,000 tests Community Labs has run so far, 1,700 were identified as positive for COVID-19. Most of those positive test results came from people who were asymptomatic and had no idea they had they virus — people who very likely would have spread the virus to others had they not been tested. For Dr. Beddard, those asymptomatic positives are more than symbols on a lab machine: they’re evidence that Community Labs is saving lives.

“If I were to die tomorrow, God forbid,” she said, “I would feel like this was one of things that I contributed to our world that made it a better place.”

Partnering with the national non-profit Solutions Journalism Network, Nexstar stations nationwide are telling unique stories about how the pandemic has exposed inequities for students and the solutions some groups have found to bridge that gap.