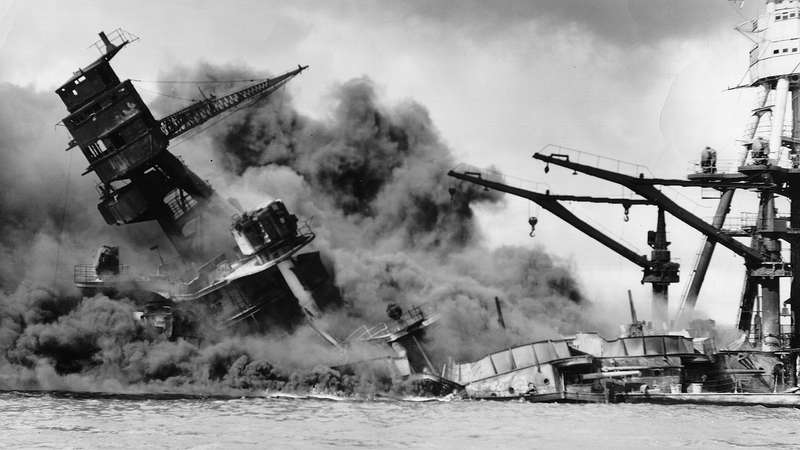 GRASS VALLEY, Calif. (KTXL) — Monday is the 79th anniversary of the Japanese attack on Pearl Harbor and the entry of the United States into World War II.

Sadly, each year there are fewer veterans who witnessed the attack.

Louis Conter is one of just two surviving Navy sailors who were onboard the USS Arizona that day.

“Every one of us did their job well. There wasn’t one person on the ship that didn’t do his job on the ship the way he was trained,” Conter said.

Conter, 99, who goes by Lou, had been in the Navy for two years on Dec. 7, 1941, as he served as quartermaster third class on the battleship USS Arizona.

“But whenever we were in or out of port, I steered the ship in and out of port,” Conter said.

He had just turned 20 years old two months earlier and said the Arizona arrived in Pearl Harbor the afternoon of Friday, Dec. 5.

Pearl Harbor survivors to mark anniversary at home this year thanks to virus
He says when he saw the first Japanese planes attacking over Oahu, he was not at all surprised: “We knew that something was going to happen long before that; we’d been training for it for a year and a half.”

On that morning, Conter was near the back of the ship when a Japanese bomb penetrated the Arizona’s forward turrets, causing a massive explosion.

“The fire was all around the ship where the oil was,” he remembered.

But despite the flames, Conter stayed on board with other sailors for 30 minutes after that bomb hit to rescue crewmen who were badly burned.

“We got everybody into the motor launches, got them to the hospital and fought the fire until Tuesday when it got out,” Conter said.

In the days later, he returned to the Arizona several times, diving into the wreckage to help recover the bodies of the 1,177 sailors who died as a result of the bombing.

“I’m no hero. I don’t believe myself as a hero. I just did my job and did what had to be done to protect America and the American flag,” Conter said.

After the attack, Conter stayed in the Navy, later becoming a pilot and flying in the VP-11 Black Cat Patrol Bombing Squadron.

While serving in the Pacific Theater, he was shot down twice and “helped rescue 219 Australian Coast Watchers from upper New Guinea behind the lines with tribes,” he recalled.

Conter was going to Hawaii this year, but COVID-19 changed that. He has every intention of going to Pearl Harbor for the 80th anniversary in 2021.

“My doctor says, ‘We’re keeping you alive till you’re 100,’” Conter said. “I’ll be 100 next September, and we’re all going with you for the 80th anniversary of Pearl Harbor. So here I am, just living it out!”

Conter has a book about his life coming out. His family said it will be available on Amazon soon.