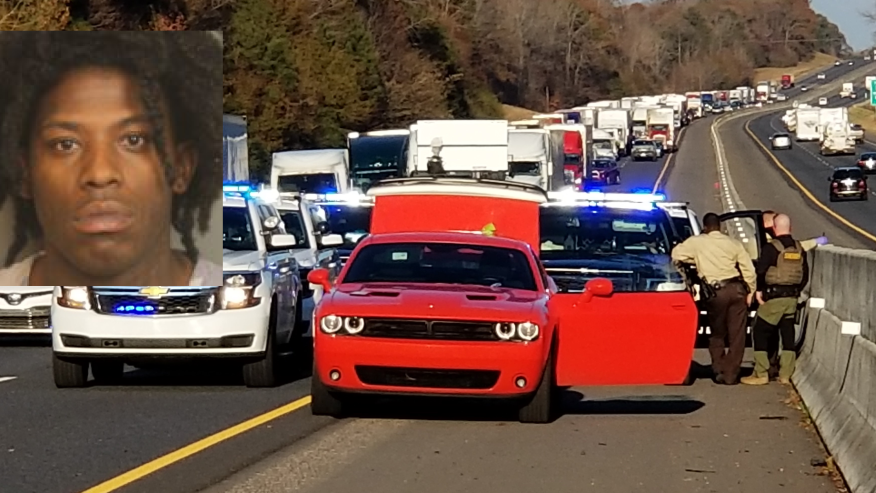 Jefferson County Deputies attempted to stop an Orange Dodge Charger bearing a paper tag near mile marker 136 in Leeds. The driver failed to stop and continued on westbound, the sheriff’s office reports. The pursuit continued onto Interstate 59 southbound until the suspect’s vehicle ran out of gas at mile marker 95, just inside of Tuscaloosa County.

The driver of the vehicle, 24-year-old Jarvis Jones of Memphis, Tennessee, jumped from the vehicle and fled on foot for a short distance. He then changed his mind and walked back to deputies and surrendered.

The vehicle was shown to be stolen out of Memphis, Tennessee during a car-jacking. Jones is being held in the Jefferson County Jail on charges of first-degree receiving stolen property, attempting to elude and reckless endangerment.