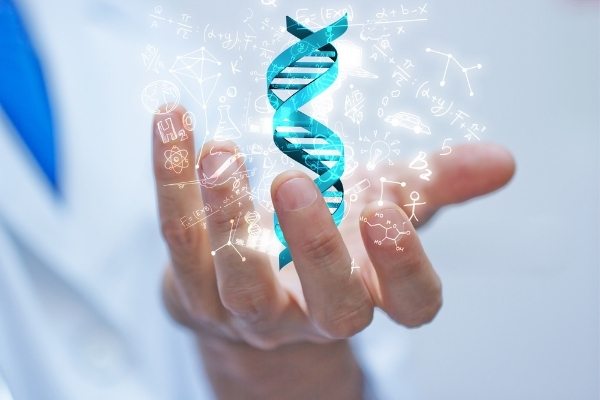 Every single organism on planet earth has one form or another of DNA within it. In short, DNA defines the genetic makeup of all living organisms on earth. But what exactly is it, anyway?

DNA is comprised of nucleic acids which form DNA strands with the help of nitrogenous bases, phosphate groups, and sugar molecules. But it’s worth mentioning that there are also different types of DNA that serve their own function within a living organism.

Want to learn more about these different types? Just keep on reading.

What Exactly Is DNA?

Content Outline hide
1 What Exactly Is DNA?
2 The Function of DNA
3 What Are the Different Types of DNA?
3.1 Different DNA Forms
4 Broaden Your General Knowledge, Daily

Genetic inheritance aside, DNA also plays an important role in the synthesis of proteins throughout a living organism. DNA, or deoxyribonucleic acid, is basically a nucleic acid and is part of four important types of macromolecules essential to all life.

You can find DNA within every single cell, inside every single living organism. DNA is mostly present inside the nucleus of each cell, as well as in mitochondria and eukaryotes.

The Function of DNA

DNA — how does it work within a living organism? In simple terms, the function of DNA is quite basic as it carries information from one cell to the next, from one generation to the next. But in reality, it’s far more complex than that.

Some other crucial functions include:

Due to the fact that DNA is such a stable molecule, it’s able to store incomprehensible amounts of information over time. This is what makes DNA the basis for all life on earth, because of this stability.

What Are the Different Types of DNA?

As mentioned, DNA falls into two sub-groups based on where it appears within the cells of a living organism. This makes way for nuclear DNA and mitochondrial DNA.

You can find nuclear DNA within the nucleus of all eukaryote cells, with two copies of this exact DNA, per cell. This DNA structure includes 46 chromosomes, as well as 3 billion nucleotides (bases). You typically inherit nuclear DNA from two different parent organisms.

This type of DNA is only inherited from a mother organism, known as haploid DNA.

To start, there’s basic, full-form DNA, an organic compound with its own unique structure. You can find this form of DNA in eukaryotic cells — the cells of animals, plants, and fungi. It’s also present in prokaryotic cells, which are single-cell organisms, such as bacteria.

Then there are three sub-sets of DNA, known as:

Here’s a fun fact for you: human DNA comprises up to 3 billion base pairs. But what’s amazing is that up to 99 percent of those base pairs are identical in all people! So, are we really all that different, after all?

Before you read this article we’re guessing that you weren’t even aware there were different types of DNA? Well, now you know! If you’re interested in learning more general knowledge titbits like this, make sure to explore this site for more.

We offer a plethora of articles on all things technology, business, fashion, home improvement — the list goes on!