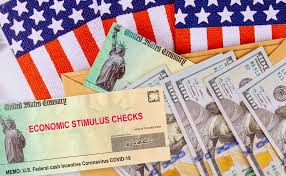 WASHINGTON — More than seven months after Americans started receiving the first coronavirus stimulus checks, Congress on Monday approved a second round of direct aid payments to Americans, but President Donald Trump blasted the bill Tuesday and hinted he may not sign it.

What does Trump want?
Trump posted a video to Twitter Tuesday calling for the $600 per individual or $1,200 per couple to be increased to $2,000 and $4,000, respectively. He called on Congress to send him an amended bill, something Democrats immediately welcomed. House Speaker Nancy Pelosi said a vote on that could come this week.

How fast could the IRS send out checks?
It depends on what happens with Trump’s new demand. There could be a new round of negotiations. He could also veto the old bill, which would then require a two-thirds vote in both chambers to override. The best case scenario is Trump signs the original bill immediately. Worst case is that there is a new stalemate and nothing is passed.

Assuming checks are finally approved, here is what to expect.

During the first round of economic impact payments, President Trump approved the CARES Act on March 27 and the first checks started appearing in people’s bank accounts about three weeks later, during the week of April 14.

However, because the IRS already did a lot of the set-up work during the first round of payments, there’s a chance a second round of stimulus checks could be sent out faster.

In an interview Monday, Treasury Secretary Steve Mnuchin said Americans can expect to receive stimulus payments in just a few days after the bill becomes law.

If you received your first stimulus check by mail, you’ll want to sign up for direct deposit to make sure you get it quicker. It’s likely that paper checks won’t arrive until weeks after payments are sent out to those who set up direct deposit.

How much will the stimulus checks be?
On direct payments, the original bill provides $600 to individuals making up to $75,000 per year and $1,200 to couples making up to $150,000, with payments phased out for higher incomes. An additional $600 payment will be made per dependent child, similar to the last round of relief payments in the spring.