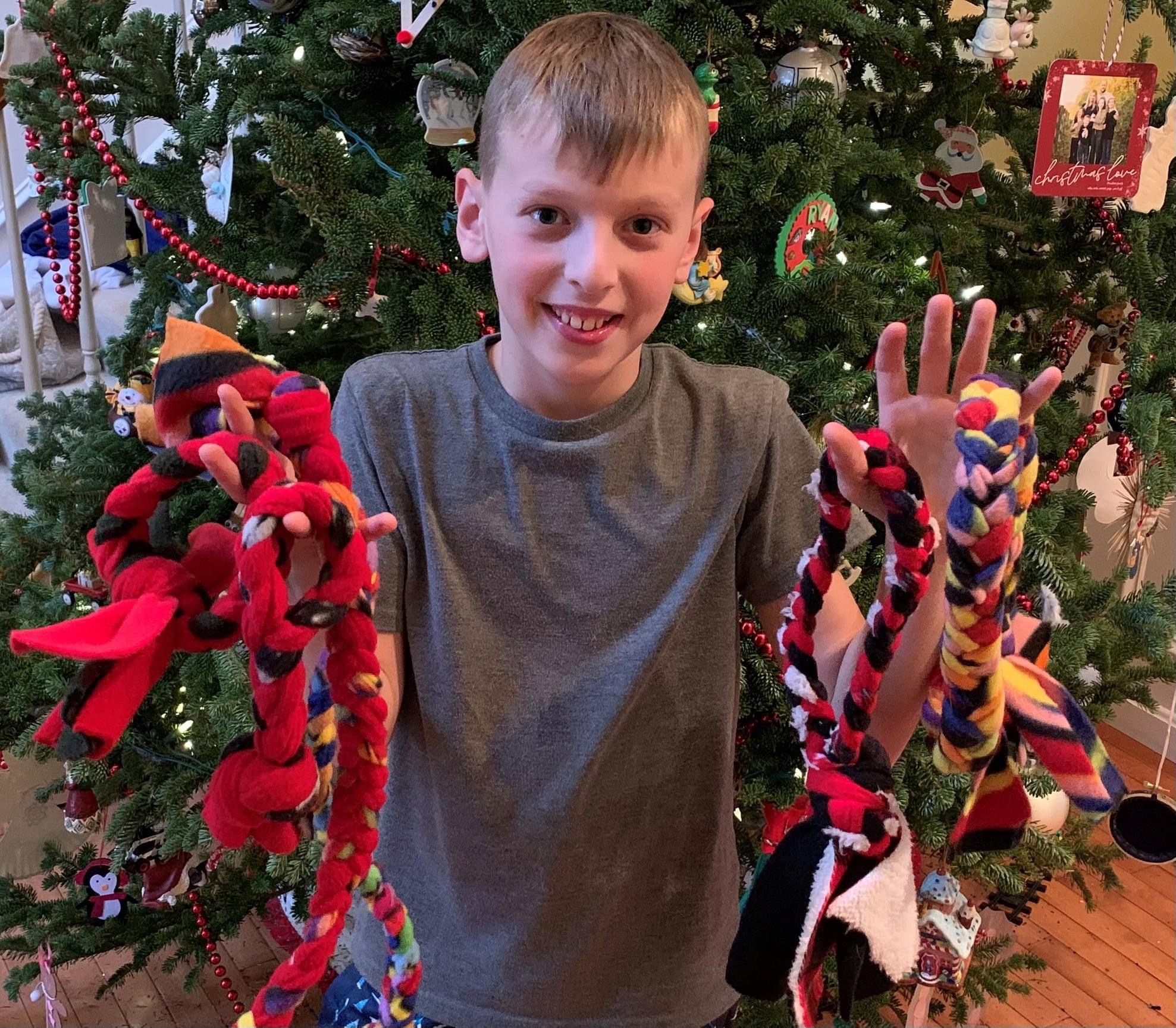 STATE COLLEGE, Pa. (WTAJ) — Ryan Marusa says he wishes he could give one of his homemade dog toys to every pup in the world. For now, he’s starting in State College.

“I just wanted to donate for dogs because I really like dogs,” says Ryan.

He says he wouldn’t have believed you if you told him a fifth-grade school project would quickly connect him with almost 100 dogs.

When Ryan expressed his wish to give to all the dogs in the world, his mother, Chrissy, got to work as well. With a simple post on Facebook, Ryan’s handmade dog toys went in high demand for local families.

“I just found out this morning that we reached 70 [requests],” says Ryan.

Ryan says he keeps all of the requests organized in a spreadsheet. All he asks for in return is a picture of your pup enjoying their toy.

“He likes to go through them all and he keeps them all in a little presentation on his computer,” says Chrissy Marusa.

“It feels pretty cool,” says Ryan. “I’ve never done anything really associated to like a shelter.”

A simple craft, braiding colorful strands of fleece, has taken over the Marusa family home.

“He’s not the neatest so it looks like there’s fleece everywhere,” says Chrissy.

“It’s all over my room, I have a humongous garbage bag in my room,” Ryan responds.

Mess or no mess, they say it’s brought the family even closer.

“It’s definitely given us something fun to do when there isn’t a ton else going on outside of the house,” says Chrissy.

Even Ryan’s little brother, Jack, has helped with deliveries.

Ryan’s father, Mike, says they’ve been making contact-less deliveries regularly, and seeing Ryan’s smile as he meets the dogs has been the best moment of all.

“It’s amazing how appreciative the people are, but the joy that these guys get from doing it has been great to watch,” says Mike.

If you want to support Ryan by donating fleece, requesting a toy for your furry friend, or checking out some cute dog photos, you can visit Ryan’s Facebook page, Ry’s Pup Tugs.