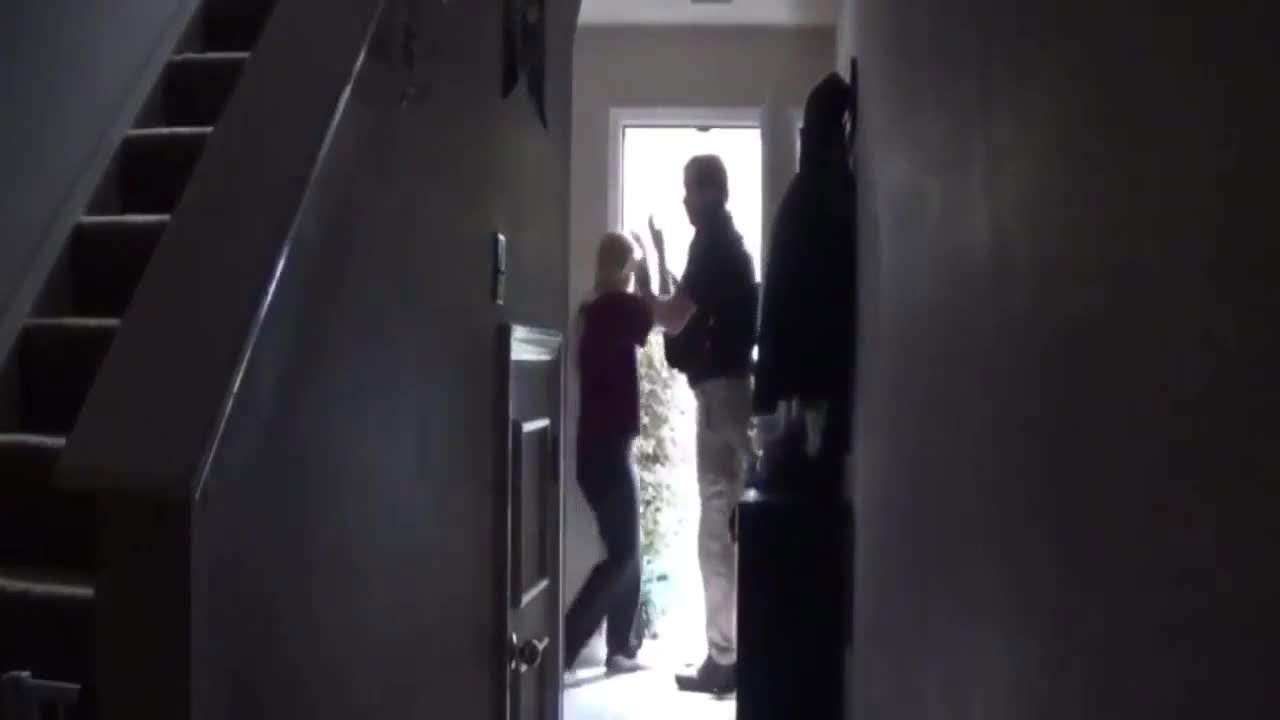 TALLAHASSEE, Fla. — A former Florida Health employee whose home was raided by state police in connection with a data breach could face prison time if charged and convicted, according to legal experts.

In an exclusive interview, Rebekah Jones said she had nothing to do with the hack and claimed the raid against her is retribution by a state government angry over her attempts to expose an alleged cover-up of COVID-19 deaths.

“My husband woke me up, and he said, ‘they’re here,'” Jones said of Monday’s police raid. “Since this summer, I’ve been expecting someone to come knocking on my door to just arrest me — take me away.”

Jones has spent months calling out state officials, alleging they’re misrepresenting COVID-19 case numbers. When authorities arrived at her doorstep, she said she emailed her legal team and turned on a camera, capturing the raid on video.

“When I decided to build my own site, and after people cared that I did that and paid attention to that, I just assumed the governor would be coming after me,” Jones said.

In the video clip Jones posted online, officers entered her home with guns drawn. The Florida Department of Law Enforcement said at no time were weapons pointed at anyone inside the property, which Jones disputes.

“They were pointing them at the top of the stairs where my husband was holding our 2-year-old daughter, and my 11-year-old son was behind him,” Jones said. “There’s more video of them coming down the stairs and everything, but Twitter only lets you upload, like, a 45-second clip, I think.”

Authorities said they were serving a warrant, taking Jones’ work computer and phone. The Florida Department of Law Enforcement said the search is connected to a breach of a Florida Health emergency messaging program. Someone accessed the system last month, sending an unauthorized message to more than 1,700 state employees, urging them to speak out.

“Well, that really isn’t evidence. That’s just DOH saying we have this IP address. … This is where it came from,” Jones said. “They would know where I accessed the system before because I’ve worked remotely from home.”

Jones helped create Florida’s COVID-19 dashboard before being terminated for insubordination in May. However, she maintains her innocence, adding that the job didn’t require a lot of computer skills. Hacking isn’t what she does, Jones said.

“I don’t know the first thing about computers,” Jones said. “If something is wrong with your computer, I’m liable to make it worse. Being a statistician doesn’t mean you know how to program computers. It means you know how to analyze information.”

“The state law mirrors federal statute on computer crimes,” said attorney Aldo Leiva, a cybercrime expert with law firm Baker Donelson’s Fort Lauderdale office. “Just the fact that there was unauthorized access by itself could be sufficient grounds to be charged under this law.”

Leiva expects that computer forensic teams are now at work, analyzing the tech seized and looking at contents and communications.

While Jones waits for those next steps, she said she’s undeterred. The former state employee planned to get back to work posting COVID-19 data on a new computer and criticizing the administration.

“My site is back up and running,” Jones said. “So, I’m going to keep doing what I do until they come here and arrest me for something.”

The governor’s office maintains that Gov. Ron DeSantis knew nothing about the raid before it happened. Jones has filed a whistleblower complaint against the state for wrongful termination.