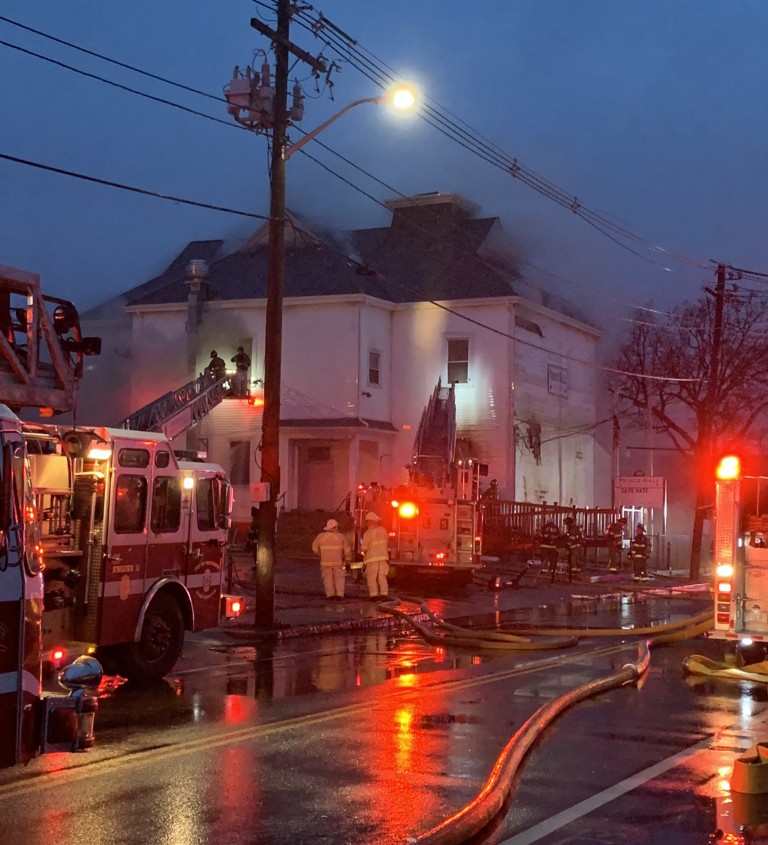 Providence Public Safety Commissioner Steven Pare was on scene, and told ABC6 that while the fire is under control, strong winds continue to stir the fire back up. He said the fire started in the Prince Hall Masonic Temple’s basement.

According to Pare, no one was inside of the Eddy Street building at the time of the fire. Pare also mentioned that there have been no injuries reported so far.

The fire broke out at Celestial Lodge #2 of the Prince Hall Grand Lodge Rhode Island Jurisdictions. The building is home to the fraternal organization that focuses on community outreach and involvement.

The fire is actively being fought by 59 Providence firefighters. More information will be updated when it becomes available.