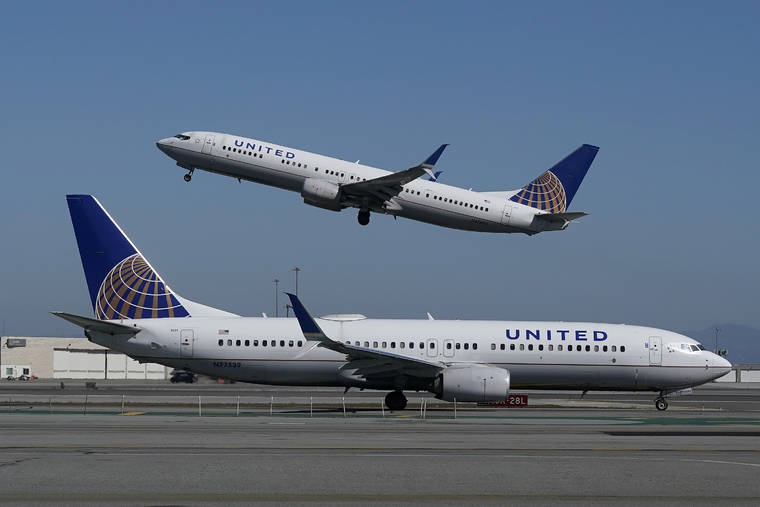 A coroner in Louisiana confirmed Tuesday what some had feared: that the death last week of a 69-year-old man who experienced a medical emergency aboard a United Airlines flight bound for Los Angeles had been caused by COVID-19.

The coroner’s office in Jefferson Parish identified the passenger as Isais Hernandez, 69, of Los Angeles, who was on United Flight 591 when it took off from Orlando, Florida, on Dec. 18.

The episode prompted alarm after social media reports at the time indicated that the man’s wife had told emergency medical workers that her husband had tested positive for the coronavirus.

At the time, United and medical professionals said they had not known that Hernandez had COVID-19. The airline did say that the man’s wife had been overheard telling an emergency worker that her husband had symptoms of COVID-19, including loss of taste and smell.

While in the air, Hernandez experienced a medical emergency; several passengers and flight attendants administered aid to him as the flight was diverted to New Orleans.

When the flight landed, Hernandez was taken to Ochsner Medical Center-Kenner, where he died just after 9 p.m., according to the coroner’s report, which said the cause of death was “acute respiratory failure, COVID-19.”

United said that when the passenger had checked in for the flight, he attested, as part of a “Ready-to-Fly” checklist, that he had not tested positive for the coronavirus and did not have symptoms of COVID-19.

Charlie Hobart, a spokesperson for United Airlines, said Tuesday that he was not aware of any other passengers’ or crew members’ having tested positive for COVID-19 since the episode. He also said the airline had not known of Hernandez’s possible COVID exposure until after the flight left New Orleans.

“At the time of the incident, we were told by medical professionals that this was a cardiac arrest incident,” Hobart said in an interview. “Only later did it become apparent that this customer may have been suffering from symptoms of COVID-19.”

A telephone message left Tuesday night for the Hernandez family was not returned.

The episode did not prompt any specific changes to the airline’s safety protocols, which Hobart noted had long been in place. Officials also said that the finding that Hernandez had COVID-19 had not changed the precautions that were already being taken after the flight.

Honolulu Star-Advertiser
STAY INFORMED ABOUT COVID-19
By clicking submit, you agree to Star-Advertiser’s Terms of Service and Privacy Policy. This site is protected by reCAPTCHA and the Google Privacy Policy and Terms of Service apply.
Get free email updates:
Enter your email address
Taylor Garland, a spokeswoman for the union that represents flight attendants, said in a statement last week that four flight attendants who had been on Flight 591 had been in quarantine since landing in Los Angeles.

Hobart said Tuesday that United had provided information last week to the Centers for Disease Control and Prevention about who was on Flight 591 for the purposes of contact tracing. “Per the federal guidelines, the CDC then reaches out to customers that they believe may potentially have been at risk for infection,” Hobart said.

An email message to the CDC on Tuesday night was not immediately returned.

On Tuesday night, two people who said they had been on the flight and had rendered aid to Hernandez said they had not been contacted by health officials.

Jacquelyn Tran and her boyfriend, Steven Chang, both 29, of Orange County, California, said in interviews that they had been sitting across the aisle and one row behind Hernandez during the flight. Tran said she had seen Hernandez “trying to get out of his seat” about 20 minutes after takeoff and asked a flight attendant to check on him.

Eventually, several passengers and flight attendants rendered aid to Hernandez for the duration of the flight, the couple said. They included Chang, a medical student; Tran, an administrative assistant at a cancer center; a nurse who was seated in the back of the plane; an emergency medical technician who was seated toward the front of the plane; and several flight attendants.

Tran administered epinephrine, which can reduce swelling in the airway and increase blood flow in the veins, and also helped provide intravenous fluids to Hernandez, she said. Chang and the nurse provided cardiopulmonary resuscitation to Hernandez, the couple said.

Hobart said that as a matter of policy, he could not confirm the names of the people on the flight and that he did not have specific details of the aid rendered to Hernandez.

“There was a medical emergency on board that aircraft,” he said. “Other passengers came to that customer’s aid; our flight crew was involved.”

After Hernandez was taken off the aircraft in New Orleans, the flight continued to California. Tran and Chang eventually returned home to Orange County, where they had already planned to self-isolate.

Chang learned that the passenger he assisted had tested positive for COVID-19 when his sister texted him with the news Tuesday morning.

“That’s the most frustrating part,” Tran said. “We would have expected as the bare minimum for them to let us know that he was positive.”