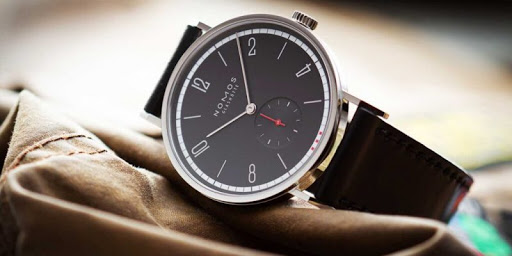 Without wristwatches, you would become so dependent on your gadgets, such as smartphones, laptops, and desktops. Instead of looking at your wrist to check the time of the day, you still have to grab your phone in your pocket or your bag. In instances that you forget to bring one, you will not have a tool that will tell you if it is already time to submit a requirement. If you know all the adverse effects of the absence of wristwatches, you are now probably planning to buy one for yourself.

Are you looking for timepieces that are highly reliable and accurate with modern and timeless design? Timepieces that can give you both functionality and aesthetics at relatively lower prices than its competitors in the market? If so, you must buy from NOMOS Glashutte. If you don’t know this brand yet, then keep reading!

NOMOS Glashutte is a luxury watchmaking company located in the small town of Glashutte. Over the years, it established a trademark wherein it combines artisan tradition with modern designs. Since NOMOS watches are minimalist and timeless, you can wear them for both formal and casual events. Are you wondering how the company started its journey to success? How its passion and dedication led to the creation of its own in-house manufactured movements in 2005? If you want to know the answers to these questions, then read its history below.

Read Also :   What is a Shipping Load Board?

The young luxury watchmaker from Glashutte

The company started manufacturing timepieces in the early 1990s under the name of NOMOS Glashutte/SA. Roland Schwertner founded it despite not having any experience in watchmaking. He used to work as an IT expert and photographer in Dusseldorf. Even if he didn’t have any prior experience in manufacturing timepieces, he managed to maintain the independence of the company during the time where its competitors became a part of larger groups.

Classified as a Glashutte watchmaker

The company can only use the term Glashutte in its name if it can produce at least 50% of its watches from parts and components that are available locally. Since Roland Schwertner really wanted to put Glashutte in its manufactured timepieces, it moved away from ordering third-party ebauche movements. It then began developing its own engines for it to become a member of the Glashutte watchmaking community.

A year after the establishment of the company, it released its first collection composed of Tangente, Orion, Ludwig, and Tetra. Susanne Gunther designed their simple and minimalist appearance with the aim of introducing a new way of timekeeping to watch collectors. These models all had a 35 mm case diameter making them appeal to both males and females. These gender-neutral watches had a classical and Bauhaus look that many watch enthusiasts love.

The following years after the release of the collection, the company completely stopped sourcing third-party movements and started offering timepieces with in-house movements. It made these movements oxidant resistant by coating them with rhodium. The Tangomat was the brand’s first watch with an in-house engine while the Tangente was the model with an independently crafted movement, known as Alpha.

Read Also :   How to Go Global with Your Business

The company featured its first in-house escapement called the Swing system in the NOMOS Metro Collection. It underwent a rigorous and meticulous process to create this kind of mechanism. It was one of the most noteworthy innovations that NOMOS ever created. Mark Braun, a renowned industrial designer, was the one who decided on the vibrant color, minimalist, and purist design of the Metro.

NOMOS watches look elegant with their minimalist design but that doesn’t mean that they are boring. They have finer details making them a must-have for every watch collector. If you are planning to buy from this brand, take a look at the list below of its best-selling watches today.

The Tangomat and the Tangente have a lot in common. They both have a Bauhaus-inspired dial with printed Arabic numerals and baton markers. Besides that, they also feature a handset that is an impressive contrast against their white dials.

The Tangomat is an automatic watch equipped with the brand’s first in-house automatic caliber DUW 5001. It is different from the one used in Tangente named alpha caliber. It consists of 26 jewels with a time-only function which includes hours, minutes, and seconds. The stainless steel and angular-shaped case are the same as Tangente and Tangomat but the latter has a thicker and bigger case diameter measuring 38.3 mm. If you’re looking for a watch that you can use every day without winding it, then Reference 601 and 641 are the best options.

The Orion is one of the most elegant watches that the company manufactured. Its dial appears to be white but as you look closely, you will realize that it’s in a nice silver hue. It comes with a golden tone to add some warmth and baton-shaped markers to provide a sense of depth. It has a stainless steel case with a diameter of 35 mm which is quite smaller compared to Tangomat. You will surely love its smooth flowing lines and curves.

Read Also :   Your Guide to Emergency HVAC Repair and Fixes

The reference 301 is a manual watch with 17 jewels and has the in-house alpha caliber making it highly accurate. It can function for up to 43 hours when you fully wind the movement. If you want the version with a domed sapphire crystal case back, then reference 309 will better suit you.

The reference 1101 Metro is an interesting and playful watch because of its quirky-looking power reserve located below and between 12 and 1. It is a unisex watch with a white/silver dial, printed dots hour markers, and a stainless steel case measuring 37 mm. It is also a notable watch since it has the caliber DUW440 which is the first movement of the brand with a swing system. If you want to have a watch that is fresh and different, then buy this reference 1101.

Despite being one of the youngest Swiss manufacturers, the NOMOS Glashutte is now one of the leaders in the industry. It never fails to offer timepieces with innovative movements and designs. To own one of the three models mentioned above visits The Watch Company now! 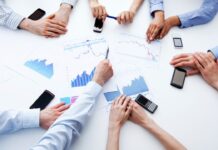 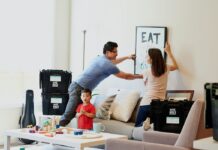