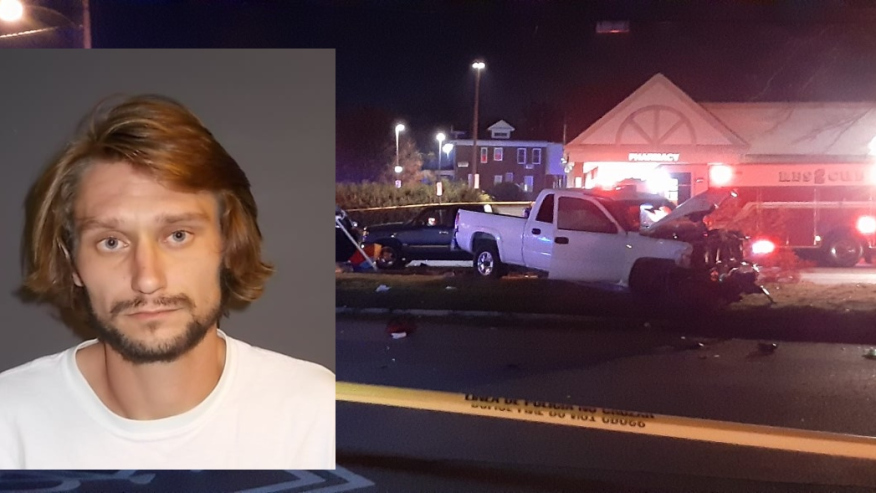 RICHMOND, Va. (WRIC) — The driver accused of causing a deadly Thanksgiving crash on Brookland Park Boulevard is back in Richmond today after fleeing to North Carolina.

25-year-old Ryann Daniels is being held at the Richmond Jail without bond.

According to Richmond police, on November 26 close to 8 p.m., Daniels was driving a white pick-up truck going westbound on Brookland Park Boulevard when he barreled through a red light –smashing into two cars causing a chain reaction crash on Chamberlayne Avenue.

58-year-old Kevin Hancock, a Richmond youth football coach for more than three decades died at the hospital and 52-year-old Karen Murphy died from her injuries at the scene.

Daniels is charged with involuntary manslaughter.