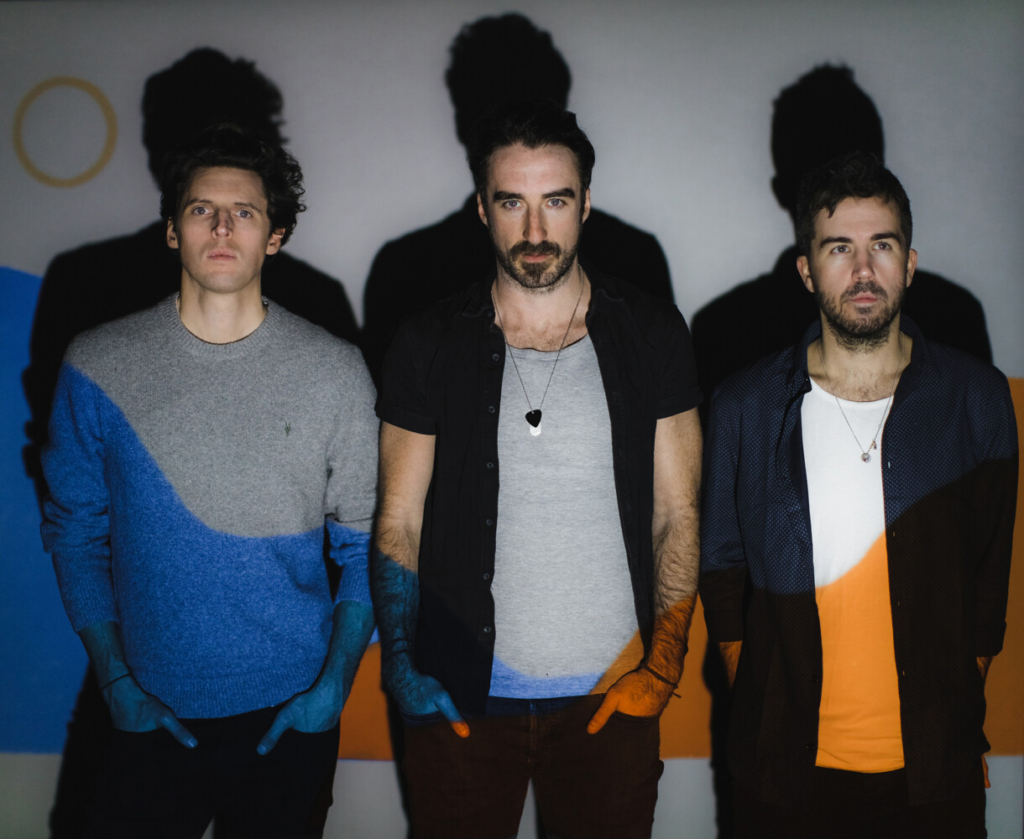 In an effort to bring live music back into the lives of the readers of these columns, I’ve been trying to alert you to the wonders of livestreaming, and this week’s offering goes a bit farther than ever before: all the way to Dublin, Ireland. I had read about the trio of musicians (Graham Knox, Conor Egan and Danny O’Reilly) known as The Coronas but had never heard their music. When I saw an email from their stateside publicist about the band’s Dec. 12 concert to be livestreamed, I requested an interview with a band member. When that was granted, I thought it prudent to listen to their album “True Love Waits” before chatting with them. Upon listening to that, I was thrilled to discover that I really loved each and every song, so when lead singer Danny O’Reilly called from his hometown Nov. 25, I couldn’t wait to tell him what I thought about it, but first I had to ask…

Q: Have you ever performed over here in the United States before?
O’Reilly: Yeah, we’ve toured there quite a few times. We were actually meant to do a tour in May, obviously before all this craziness happened. But, yeah, we’ve toured probably six or seven times there over the years.

Q: I don’t think you have, but did you ever make it up to Maine?
O’Reilly: No, never played in Maine, no. But my uncle, who actually lives in San Francisco, he spends a bit of time in Maine. So my mom and my dad have been there; my sister has been there, and they all say it’s beautiful, but I’ve never made it over.

Q: Well, the main reason for doing this interview is the livestreaming concert you lads are putting out Saturday, Dec. 12.
O’Reilly: Yes, we’re really excited about it. We decided not do any streaming so far, we said, “If we’re going to do them, we’ll just do one and we’ll do it right and we’ll do it from our hometown.” And that means a lot to us, to put on a proper production. So we’ve been planning it now for a couple of months. It’s at our hometown venue, the Olympia Theatre, where we’ve played a lot of shows, every Christmas really, for the last 10 years. It’s a beautiful old theater and we decided to do the stream from there. It’s going to be a lot of fun, and we’re going to try and use every corner of the venue, seeing as the crowd won’t be there. We’re going to film different parts of it out in the venue, so it’s going to be lots of fun.

Q: It sounds like the perfect place for this show. It sounds like there’s really some history there for you guys.
O’Reilly: Yeah, the concerts there, for us, have become like an institution in Ireland, in Dublin, because every Christmas we do a couple of nights in this beautiful, 2,000-capacity venue. So it just felt right to do the stream from there, as well.

Q: How is the planning for it going so far?
O’Reilly: Well, we’re doing a full production, and we’ve undertaken a lot in that we’re putting together a serious show of lights and fireworks and all sorts of different scenes and set-ups. It’s going to be great, and we’re really excited about it.

Advertisement
Q: And it’ll give the folks in Maine a chance to see and hear you; and for you, here’s the perfect opportunity to expand your fan base without ever leaving your hometown. That’s got to be a true silver-lining for The Coronas, right?
O’Reilly: Yeah, 100%, and we’ve even seen that from some of our online social media contents and stuff. It’s definitely sort of made people realize how best to use their online formats. And I think even if and when concerts come back there’s going to be a lot more bands who are going to be streaming those concerts and just trying different things online to stay in touch with fans all over the world.

Q: Well, it’s my hope that folks in my fair state will give your music a listen, especially “True Love Waits.” For me, I hear the passion that I love in U2 and the atmospheric quality of Coldplay is also present making for a powerful musical statement.
O’Reilly: Thank you very much. Well, both are big influences on me, and I think we’ve been together a few years now and have a couple of albums and we’ve finally arrived at a sound. I think this album is probably a long time coming, even though we only worked on it for maybe a year in total before it came out. It definitely came together very easily and felt right from the word go. We had a bunch of songs that we were really happy with, and it’s been getting a great reaction. We are very proud of it, but it means a lot that you like it, I appreciate that.

Q: Seeing this is the only album I’ve heard of yours, how does it compare with the earlier ones?
O’Reilly: I think we definitely have evolved over time, but I think there are some similarities throughout the albums. We’ve always considered ourselves songwriters as opposed to deep, intricate musicians. Bands that we loved were the Beatles, Fleetwood Mac and bands that just wrote great songs. We were always about three-and-a-half-minute songs with catchy hooks and melodies, and even lyrics that would speak to people. We’ve always had that in our music, but I definitely think the earlier stuff was a lot more raw, was a lot more guitar-based. It was four people just banging guitars, and the bands we were listening to then would have been like The Killers, maybe, The Strokes and the Arctic Monkeys. Over the years we have developed our sound a bit more, and we’ve found now a sound sonically that we’re comfortable with and feels like us.

Q: How did this change come to be?
O’Reilly: I think we found that by touring; live touring for us is the most important thing. Even now when we sit down to write and album like “True Love Waits” we write music to improve out live sets, and consequently our live sets have been improving year on year and album on album. We know we’re good at live; we know how we sound live; we know what works to get the reaction we want. That’s the way we approach it, and we’ve been on the road for so long now. We’ve been doing this for 10 or 12 years.

Q: It must be hard nowadays not being about to tour at all; you said earlier that you were supposed to come back to the U.S. in May of this year, what other shows were canceled?
O’Reilly: We were meant to play the Sydney Opera House in Australia this year and of course it got canceled by the pandemic. We have been building up in different countries. That’s why the pandemic hitting was terrible timing, not only a terrible named pandemic with our unfortunate band name (chuckle), but also because we were just about to release the album and we were literally just about to do a world tour. There are a lot of musicians, though, worse off than us, but at least their bands aren’t named after the virus (laughter).

Q: Well, folks should know that your band’s name comes from the Smith-Corona typewriter in the film “Almost Famous.” In fact, my very first column was written on a Smith-Corona Sterling.
O’Reilly: No way! (Laughter) That’s cool.

Q: And I still have it! Look, Danny, is there anything that you’d like me to pass on to the folks reading this column?
O’Reilly: Not at all, just once again if you could plug our streaming show on the 12th of December and our new album, “True Love Waits,” that’s it — that’s all we’d like to get out there.

Lucky Clark has spent over 50 years writing about good music and the people who make it. He can be reached at [email protected] if you have any questions, comments or suggestions.