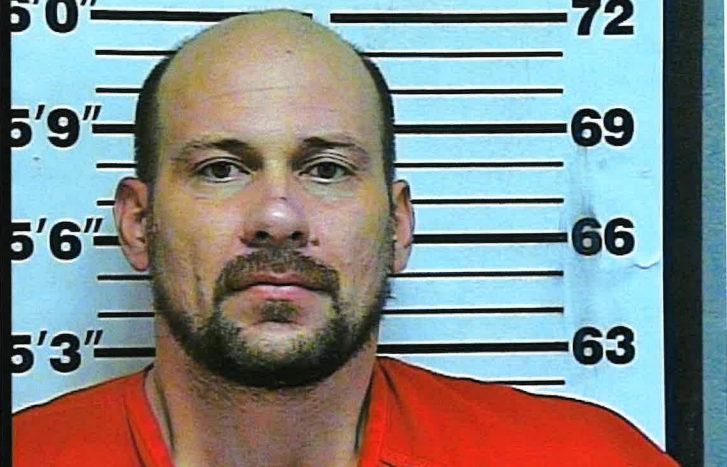 OKLAHOMA CITY (KFOR) – KFOR’s helicopter, Chopper 4, assisted U.S. Marshals, Oklahoma City Police and Oklahoma Highway Patrol during a chase where he was able to evade authorities, but not the KFOR helicopter.

“You want to be able to help the public and, in this case, we hope we helped law enforcement,” said Marc Dillard, KFOR photographer and helicopter camera operator.

“Chopper 4 has been there on many occasions trying to help out,” said Steve Johnson, KFOR assignment desk editor.

Chopper 4 brings the news from high in the sky day in and day out. However, Wednesday that turned into a different role as it became a crucial guide for law enforcement across the city to help them bring in a fleeing fugitive.

U.S. Marshals were on the hunt for Joseph King, a man with a long criminal history. A public record of his criminal history can be reviewed below. Lawmen said they were searching for him this time after he cut his GPS monitor ankle bracelet off back in November. They spotted him Wednesday afternoon in a vehicle in Midwest City.

Photo goes with story
Joseph King
Johnson caught wind of the chase. He immediately sent Dunn and Dillard out to look.

“Kind of picking through cars and see one that matches the description,” Dillard said.

It’s a multitasking team effort happening on the ground and high in the sky.

“Not only am I looking at the camera angle on the screen, but I’m also talking to controllers, looking out for antennas,” Dunn said. “Like riding a horse, turning it all different directions.”

Fugitive with lengthy felony criminal history arrested after police pursuit
“We’re talking to our desk, they’re talking to dispatch and then dispatch is trying to tell the cars where to go,” Dillard said.

King rushed down I-35 toward the turnpike. Law enforcement was in hot pursuit until they lost him.

However, Chopper 4 still had him in their sites. They watched King turn into a parking lot near Northwest 150th Street and Pennsylvania Avenue, where he dropped off a passenger. That passenger went inside a nearby building.

Photo goes with story
Chopper 4 high in the sky.
Chopper 4 went back to paying attention to the car, watching King drive through an apartment complex and ditch the car in the back to make a getaway. That entire time, Johnson was back at KFOR watching Dillard and Dunn’s feed and relaying it back to officers.

“I was just kind of giving them the play-by-play of where they were,” Johnson said.

Police eventually caught up and took King into custody. However, they let the passenger go. The U.S. Marshals released a statement on the incident that can be read as follows:

“At approximately 2:30 PM on 12/16/2020 the U.S. Marshals in Oklahoma City were attempting to arrest Joseph D. King on an outstanding felony arrest warrant for escape from the Department of Corrections. King was identified getting into a vehicle by U.S. Marshals in Midwest City . Marshals attempted a traffic stop and King fled in the vehicle with a male passenger.

The vehicle was spotted by the News 4 helicopter shortly after the attempted traffic stop.

Read Also :   Live at 3: Sununu holds briefing to give updates about COVID-19 in NH

News 4 provided police dispatch with the location of the vehicle which ultimately led to the capture of the suspect by law enforcement officers.”

CAL STEPHENS, U.S. MARSHALS SUPERVISOR
“If we happen to be up in the air and can help out police, fire, whoever…I mean that’s kind of what we do, that’s our motto, ‘Looking out for you,’” Johnson said.

Stephens said the passenger was released as he wasn’t wanted for any crimes. Meanwhile, during the chase, it appeared several items were thrown out the window. Authorities said it is under investigation and have not yet released what those items were.