With the incorporation of various media formats in digital marketing campaigns, video marketing has become an essential tool for engaging with the target audience.

It has been observed that an average user spends 88% more time on a website with video content, which proves how videos improve engagement and increase a website’s online traffic.

However, for a video to be able to attract the audience’s attention, apart from having high-quality visuals and catchy soundtrack, it needs to have a creative script.

Script is the most important part of a video, as it lays the foundation for the creation of the video.

It does not only act as a guiding source for developing a video, but a strong script is what helps a video reach its target audience.

So, how to come up with a well-written video script?

Content Outline hide
1 Step 1: Set Your Goals
2 Step 2: Craft an Outline
3 Step 3: Build A Story
3.1 Reel Them in, From The Very Beginning
3.2 Emphasize On a Single Message to Be Conveyed
3.3 Write According To Your Target Audience
4 Step 4: Make It Conversational and Thorough
5 Step 5: Ace The Closer
6 Step 6: View from The Audience’s Perspective
7 Step 7: Read It Out

Although this step seems trivial, outlining your goals before writing the final video script is the first and the most crucial step of the entire process.

This helps in finding answers to important project questions such as:

Read Also :   How to Finance Truck and Vehicle Equipment for Your Business

Additionally, outlining goals and drafting a brief project plan before writing the script brings everyone in your team on one page. When the whole team is aware of the purpose and the aims of the video from the beginning, they put in effort accordingly.

Once you have set the goals for the video you are producing, craft a broad outline for your video.

An outline is a breakdown of the script you have to write, in bullets, headings and sub-headings – and it navigates the writer during the construction final script.

The outline focuses on the narrative arc of your video script and contains the core of the story.

Furthermore, the outline plays an important role when the video requires an edit – the scriptwriters can easily refer back to it and check out the points that have been mapped out

This is the fun part of crafting a video script – at this stage, video script writing professionals build the story they have to portray through their video.

A few tips that can help construct an engaging story with all the necessary details are mentioned below.

Reel Them in, From The Very Beginning

Start your story on an interesting and powerful note, so that it can hook the audience from the start.

Most people prefer videos over any other digital medium, in fact, 54% of consumers want to see video content from the brand they support;

However, you still need to provide your audience with a reason to continue watching your video, especially in the first few seconds.

Read Also :   How to Sell Used Camera Equipment in a Perfect Way

Hence, it is smart to begin your script with a few lines about the narrator or brand, and provide a brief introduction of what viewers will learn by the end of your video.

Emphasize On a Single Message to Be Conveyed

Your story needs to have a single point of focus, which you want to convey to the audience. Do not confuse your reader/viewer by trying to deliver too much through a single video.

This is also why it is important to highlight your goals, and build an outline of your video script beforehand.

Write According To Your Target Audience

To ensure that the video you post reaches the right audience, build a story that will help them connect better with your brand.

Consider this: If your target audience consists of women; you must ensure that your story focuses on the topics that influence maximum women.

For example, make up related videos have 89.31% female viewership on YouTube, which makes makeup and cosmetic a good topic for attracting a target audience with a female majority.

Step 4: Make It Conversational and Thorough

A video script is not like a college paper or a formal letter – the tone of a video script has to be conversational, to make it engaging.

Similarly, a video script has to be thorough with all the right details to make it easier to understand fully.

A script does not only comprise of the dialogues and storyline– in your script mention all the necessary information, including the scenes, shots, tone, and expressions.

Writing an ending with an impact is just as important as writing an attention-grabbing introduction.

Read Also :   How to Become a 1031 Qualified Intermediary

More often than not, scriptwriters fail to come up with a good ending, which disturbs the momentum that was built throughout the video.

Write a good ending to leave a lasting impression on your audience.

One way to do that can be building the entire narrative towards the ending and not ending your video abruptly.

Another technique can be ending with a little suspense – this will compel your audience to wait for another video from you.

Step 6: View from The Audience’s Perspective

Once you have built the story and written the script, pretend you are the viewer and give your script a read.

Although the goal of a video is to promote your brand, the underlying aim is to engage with the viewers. Review the script from your audience’s perspective, and assess if the message is delivered clearly.

Also, check your vocabulary to ensure it is appropriate for the audience – too much use of industry jargon can put off the viewers.

Lastly, do a verbal run through of your script to ensure it sounds as good as it looks on paper.

Don’t forget that good lines from novels do not always work well in movies.

Hence, reading your script aloud brings it to life, and helps you understand what it will sound like once it is presented in video form.

A creative and well-written video script accounts for the success of a company’s video marketing campaign. Your brand needs video content to leave a lasting impression on your target audience.

The Best Way to Watch ESPN on Roku With / Without Cable 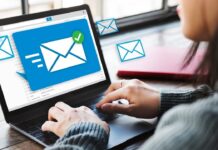 How To Send Text Messages Without A Phone Number