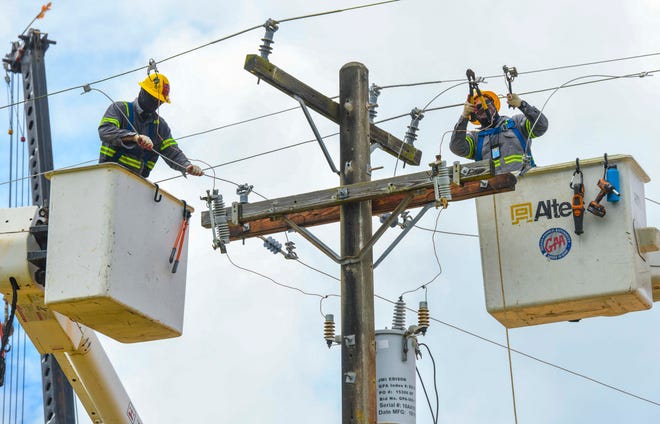 A bill that would allow the island’s public schools, college and university to enter into long-term solar power agreements could violate the Guam Power Authority’s bond agreements because it sidesteps the Public Utilities Commission’s authority, according to the power agency’s bond counsel.

Bill 219, introduced by Sen. Joe S. San Agustin, would allow the island’s public schools, college and university to enter into solar energy agreements with private contractors, to produce as much as 80% of their energy needs.

The bill was debated during this month’s legislative session, but lawmakers haven’t yet voted on it.

The PUC has testified against the bill, stating the proposed power agreements could negatively impact the power grid, causing power outages, and reduce GPA’s revenue, resulting in higher rates for GPA residential customers.

This file photo shows solar panels on a roof. The latest figures from GPA show an exponential increase in net-metering customers in the last two years.
The public schools, college and university are some of GPA’s biggest customers, and the Department of Education normally spends about $12 million a year on power, according to the PUC.

“Before such a bill is enacted, there should be a study determining what total amount of renewable solar energy could impact the transmission and distribution systems and whether such energy could have a negative impact on the system or cause intermittent frequency outages,” the PUC stated in written testimony.