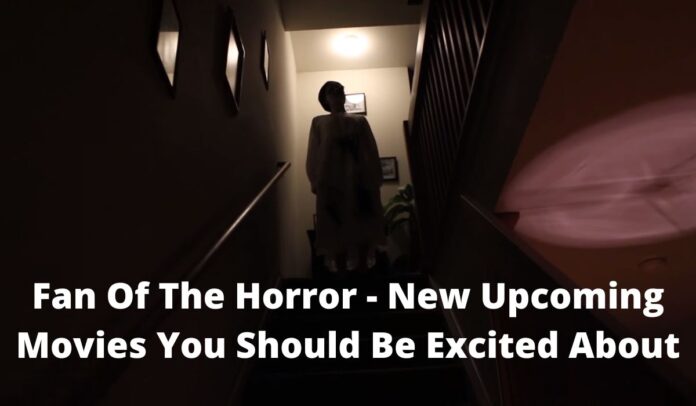 Attention all horror fans! Did you all know that right at this moment, we are walking on a terrifying but so, so exhilarating genre revival? Supernatural stories about ghosts, jump scares, gore, and fake blood are mostly welcome throughout the year (except maybe not on Halloween? Who I am kidding, always on Halloween.)

Thankfully, there are a whole bunch of horror movies on the way currently and we can’t keep calm! From popular franchises such as The Exorcist or Scream returning to original stuff by M. Night Shyamalan and Jordan Peele, there’s a whole ton of horror movies coming your way soon.

Scroll down for all the horror deets!

For Some Of Us, Halloween Is Everyday: Upcoming Horror Movies!

There are several horror movies that have been confirmed to release soon. So get your horror gear ready and scroll down! Because we have got the perfect gift for you. And the best part? You can always catch them on the pirate bay from the comforts of your home – exciting right?

Keep reading to find out about all the horror movies hitting screens soon!

Halina Reijn is all set to give the gift of horror to the Gen-Z audience and that too very soon! Bodies Bodies Bodies will open to theaters exclusively in August 2022 starring Pete Davidson, Maria Bakalova, Rachel Sennott, and Amandla Stenberg. The premise? A bunch of twenty-somethings ends up playing a game at some house party that is kinda isolated.

The problem? Someone dies during the game and the person responsible for the murder must be caught – oh, good ol’ horror logic! Where hath thou disappeared?

Are you ready for some Blumhouse slasher with a crazy conversion camp as the premise? Because They/Them is all set to hit screens soon in August 2022. Directed by the well-known playwright and producer John Logan, the film stars Kevin Bacon, Anna Chlumsky, Kevin Bacon, and Theo Germaine.

They/Them happens to be Logan’s debut as a director, and in this context, he recently told Variety,

“They/Them has been germinating within me my whole life,” Logan told Variety. “I’ve loved horror movies as long as I can remember, I think because monsters represent ‘the other’ and as gay kid I felt a powerful sense of kinship with those characters who were different, outlawed, or forbidden.”

Looks like August is gonna be one scary month this year, with yet another horror movie releasing on the 5th! Prey is all set to be release on Hulu and for people who didn’t know, this one’s a prequel to The Predator Series. Directed by Dan Trachtenberg of the 10 Cloverfield Lane fame, Prey follows a young Naru battling a predator.

Starring Amber Midthunde, Dane DiLiegro, and Harlan Blayne Kytwayhat, Prey is highly anticipated considering the declining popularity of The Predator Series – this is technically the last hope for reviving the popularity of the series! We can’t wait for warrior Naru to fight this predator who has appeared on earth!

Finally, an oldie but a goldie – Halloween Ends is set to release predictably on Halloween this year but the shocking part? This is supposed to be the last Halloween movie unless the producers have a change of heart later this year. The Halloween Reboot comprising of two films, Halloween and Halloween Kills have been box-office hits, and that makes the third (and probably final) movie much more anticipated.

Michael Myers played by Jamie Lee Curtis is ready to go trick or treating for one last time (probably, we are still hoping otherwise) this Halloween and of course, our favorite spooky director, David Gordon Green is all set to come back for the third time! The story? Once upon a time, there was a perfect family but there was one problem. Secrets, way too many – most of which might turn out to be a little spooky for your tastes!

Spooky Season Is Upon Us!

For all horror fans, there are so many other horror movies coming your way soon! And isn’t that exciting to know? We sure can’t keep calm. Stay tuned because there’s gonna be more horror films coming your way. Don’t forget to let us know your thoughts on the same, in the comments below.