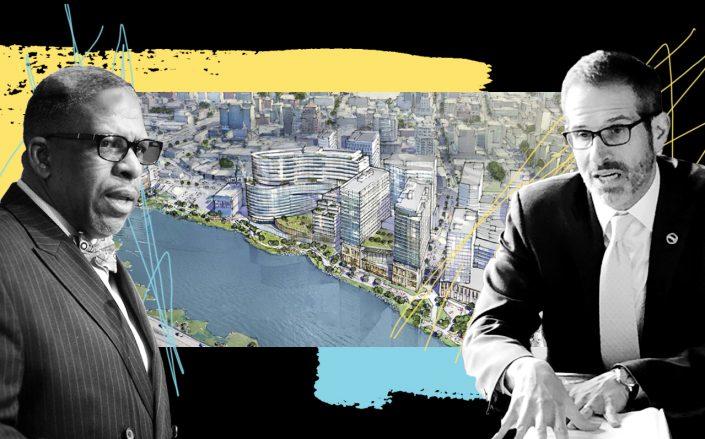 Days before the City Council is slated to decide the fate of a $2 billion project on the Flushing waterfront, the developers are in late-stage talks with organized labor.

An agreement with the unions representing hotel and building service employees could give the development the political backing it needs to be approved.

The development team — F&T Group, Young Nian Group and United Construction and Development Group — is negotiating with 32BJ SEIU and the New York Hotel & Motels Trades Council, after both groups criticized the proposal for not promising union jobs.

A representative for the developers said the full City Council is expected to vote Thursday on the Special Flushing Waterfront District, which would make the development possible.

“The additional time means that our tireless work towards finding a solution that works for all, including agreements with the unions, is moving the District in the right direction,” the developers said in a statement. “The Council is allowing all of the parties to find solutions that will benefit the Flushing community.”

City Planning approves Special Flushing Waterfront District
The battle to rezone Soho is just beginning
A representative for 32BJ confirmed that the union is in “deep talks” with the developers but declined to provide additional information.

The development team is seeking to create a 29-acre special district along the waterfront. The companies plan to separately develop four sites, collectively building more than 1,700 residential units and 879 hotel rooms, along with retail and public space.

Peter Koo, the local City Council member, sees the project as opening up public access to a waterfront that has been off limits to the Flushing community for ages. But, despite the Council tradition of member deference, a dozen of Koo’s colleagues objected to the project, saying it would deliver too few union jobs and affordable apartments.

The developers need 26 votes in the 51-member chamber. If they fall short, they could still build a substantial project under current zoning with no affordable units, no union jobs and no public waterfront access. But, for technical reasons, approval of the district could reportedly speed construction by as much as two years.

F&T is seeking to upzone its site as part of the city’s Mandatory Inclusionary Housing program and build a 304-unit building, with 75 to 90 apartments set aside as affordable. As part of the proposal, the developers of the three other sites are looking to build towers taller than what is currently permitted, but are not seeking to add square footage.

Some community groups have opposed the district, arguing that it will further gentrify the neighborhood. Critics in the Council have called for deeper levels of affordability and a pledge from the developers to hire union workers.