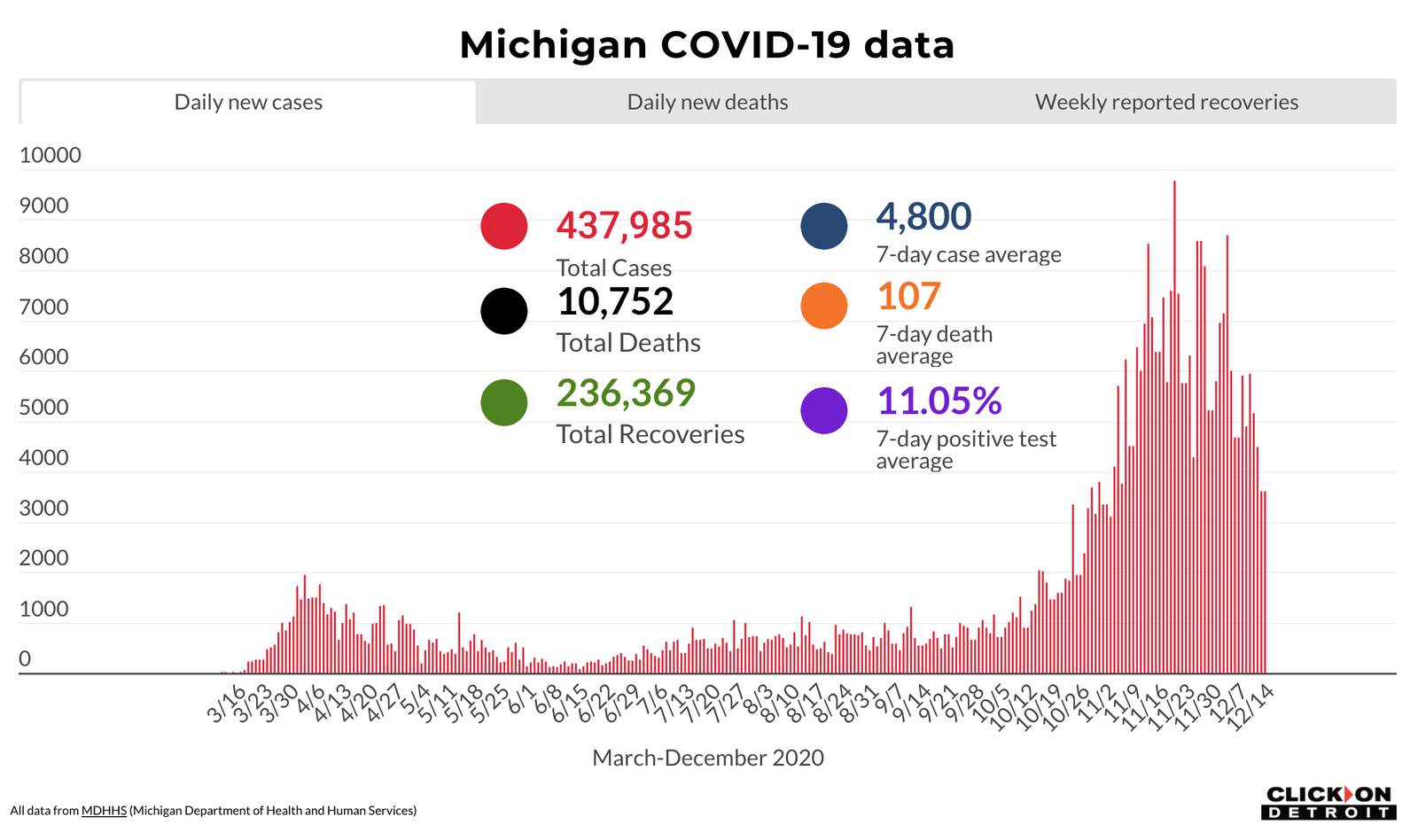 DETROIT – The number of confirmed cases of the coronavirus (COVID-19) in Michigan has risen to 437,985 as of Monday, including 10,752 deaths, state officials report.

Monday’s update includes 7,205 new cases and 90 additional deaths over the past two days. On Saturday, the state reported a total of 430,780 confirmed cases and 10,662 deaths.

New COVID-19 cases are slowing but deaths continue to rise in Michigan. Testing has remained steady, with more than 45,000 diagnostic tests reported per day, with the positive rate decreasing to near 11% over the last wee. Hospitalizations have increased steadily for the last five weeks, including upticks in critical care and ventilator use.

Michigan’s 7-day moving average for daily cases was 5,106 on Sunday, lower than one week ago. The 7-day death average was 125, the highest since April. The state’s fatality rate is 2.5%. The state also reports “active cases,” which were listed at 183,700 on Sunday. More than 236,000 have recovered in Michigan.

Worldwide, more than 72.4 million people have been confirmed infected and more than 1.6 million have died, according to Johns Hopkins University. The true numbers are certainly much higher, because of limited testing, different ways nations count the dead and deliberate under-reporting by some governments.