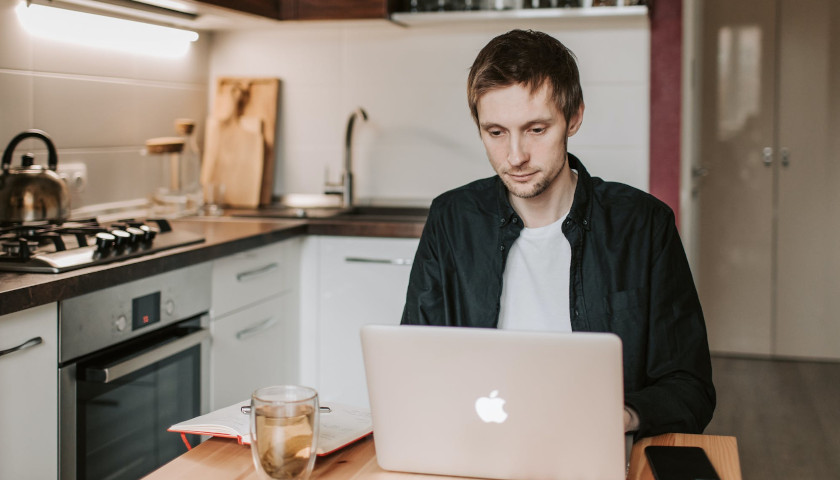 Ever since the beginning of the pandemic, working from home is the new normal.

In 2018, just 5.4 percent of the US’s working population worked remotely. By mid-2020, it had turned into reality for 56 percent of the workforce. While not all workers forced to stay home were quick to welcome the change, many learned to enjoy it over time. With state governments beginning another round of lockdowns, it isn’t shocking to see many companies choosing to carry on with remote work.

In early November, however, Deutsche Bank announced that working from home was a privilege and one that should not be taken lightly. According to the bank’s assessment, remote workers don’t contribute enough and must be dealt with accordingly. While their report failed to back these claims with real data, lackadaisical assumptions regarding remote work were far from the only bad idea spewed by the scandal-ridden bank.

Instead of simply encouraging companies to lure workers back to the office on their own accord, the multinational conglomerate decided to propose a new tax. Pay up or go back to the cubicle, they advise. But would it work?

Research carried out by the German multinational investment bank found that more than half of workers wanted to continue to work from home after the pandemic.

Noticing that remote workers have higher incomes than the average worker, the bank concluded that if some are allowed to work from home and spend less on gas, eating out, and other work-related expenses, charging them a 5 percent tax wouldn’t be such a bad idea. Indeed, Deutsche Bank’s thematic strategist Luke Templeman announced, remote working taxes had been needed for years — “Covid has just made it obvious.”

If workers and employers choose to continue with the system, Templeman said, a post-pandemic tax should be put in place “in order to smooth the transition process for those who have suddenly been displaced” in the pandemic-fueled crisis.

In other words, those whose professional contributions can be carried out completely or at least partially from their home offices must pay for the damage caused by lockdowns.

Adding that the taxes could be used to help people who were struggling, Templeman estimated that the US could raise an average of $48 billion a year by taxing remote workers. That would be enough to pay for $1,500 grants for 29 million workers who make less than $30,000 a year.

But where does he propose the money come from?

Employers are overwhelmed as it is thanks to the lockdowns. Many are hanging by a thread, having to lay off a number of employees just to stay afloat, and yet, Deutsche Bank wants them to pay up.

“The tax will only apply outside the times when the government advises people to work from home,” Templeman explained in his report. And whereas those who are self-employed or who have low incomes wouldn’t be taxed, those with high incomes would. Instead of charging the actual workers, Templeman envisioned a system that would force employers to foot the bill. Unless, of course, workers insist on staying home:

“The tax itself will be paid by the employer if it does not provide a worker with a permanent desk. If it does, and the staff member chooses to work from home, the employee will pay the tax out of their salary for each day they work from home. This can be audited by coordinating with company travel and technology systems.”

To Deutsche Bank, that may sound easy enough. After all, a large investment bank has plenty of money and it can implement these policies without much ado. Smaller companies, however, aren’t so lucky. What’s worse, this type of penalty would not only hurt smaller firms, it would hurt the women who sustain them, explained Rev. Ben Johnson of the Acton Institute.

“The government has no compelling interest in punishing telecommuters or funding brick-and-mortar employees,” Johnson wrote.

But making it harder to work from home puts many workers in a difficult position, particularly women.

As explained by Johnson, “working from home, without paying $10 a day for the ‘privilege,’ gives employers another tool to empower female employees.”

While it is easy to claim that the work-from-home tax could benefit the unemployed, what this tax would create instead would be nothing but a wealth transfer promoted and enforced by the government. In addition, it would do nothing to alleviate the pain of the under or unemployed.

A handout designed to benefit low-wage workers will actually cause more harm as employers might simply slash their wages once they realize the government is sending them checks.

Furthermore, encouraging this type of thinking through public policy is dangerous. It encourages envy by telling the working poor they should resent the wealthier for their prosperity and teaches Americans they have the right to rally against their neighbors for problems rooted in government action alone.

Why set ourselves up for failure by further dividing Americans in such a delicate time as this?