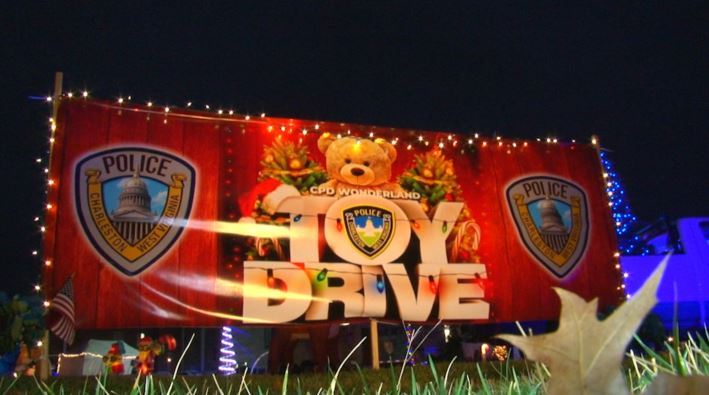 CHARLESTON, WV (WOWK) – A drive-thru toy drive where families could safely come see some lights, meet Santa, and give back to their community.

“Santa’s been out here these two days assisting the police department and I think we’ve had a really big success,” said Santa Claus. “I think it’s a very good lesson for children to learn to give instead of receive this Christmas.”

“I like to play on Christmas,” said Dean Lewis, a 6-year-old soon to be photographer.

Lewis and his family came to donate toys for boys and girls in need, and he says he would really like a special Christmas present this year.

“A camera,” he said. “So I can take family pictures and other pictures…because I care about my family.”

“One family came through and one boy was in a car seat,” said Santa Claus. “And she said ‘do you mind goin’ over there?’ So I went over and she rolled the window down, and the boy went ecstatic because she said ‘you’re the first Santa he’s ever seen.’ Because last year he was too young, and this year she hasn’t taken him out, so it was his first experience with Santa and I said…if I don’t see another child in two days that was enough to do it for me.”

Read Also :   If Congress approves a stimulus check, how long will it take to show up in your bank account?