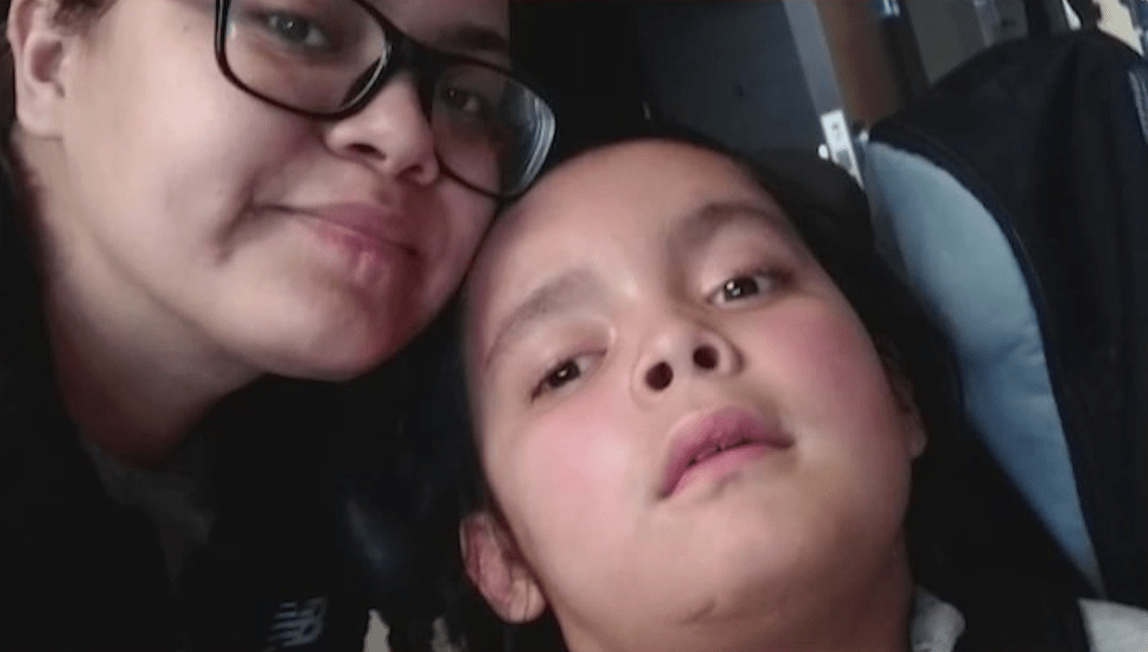 PONCA CITY, Okla. (KFOR) – A 10-year-old boy from Ponca City died over the weekend after an auto-pedestrian accident left him with permanent brain damage for over a year.

For the past 13 months, has been under the care of nurses in the metro. Over the weekend, Alonzo’s lungs stopped working and he was rushed from Bethany to OU Children’s in OKC.

“We figured he would be home one day,” Alonzo’s aunt Sunny Haze said. “We would maybe bring him home one day.”

Sunny and Alonzo
Sunny Haze tells KFOR her Ponca City home is extra quiet with just a week to Christmas.

“He should be out there playing up and down the street with the kids or playing in the snow,” Haze said.

Haze says she’s trying to come to terms with her nephew never coming home after hoping for a miracle for months.

“His stuff is still here,” Haze said. “His skateboard is still in the back room.”

Back in October 2019, Alonzo and his classmate were running across the street for snacks at a Dollar General when a car slammed straight into the 10-year-old, “launching him into the air.” Police say the fourth grader “landed head-first on the concrete.”

“I don’t blame anybody,” Haze said. “It was an accident, I believe.”

The driver allegedly told investigators that “he didn’t see the boy and tried to swerve but it was too late.”

“He wasn’t the same anymore after that,” Haze said.

Haze says she was notified last Wednesday that Alonzo had stopped breathing and he needed to be put on life support. Over the weekend, the boy’s body couldn’t hang on any longer.

Haze received a call early Sunday morning telling her Alonzo didn’t make it through the night.

“I never thought we would have to do this,” Haze said.

After their investigation, Ponca City police determined the driver of the accident wasn’t at fault due to “Alonzo not using a crosswalk and the rainy weather that particular day.”